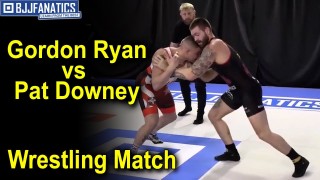 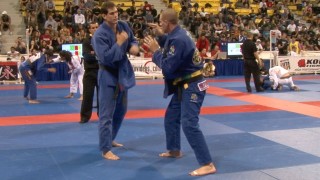 Have You Ever Seen John Danaher Rolling?

Some rare footage of John Danaher rolling emerged from back in 1999 at Renzo Gracie NYC. These were the early days. In the video, we see a John Danaher with hair and ear guards rolling with UFC vet and ADCC medalis...

The two hosts of the Mat Burn actually had a real matchat the IBJJF Seattle Open 2 years ago... Back then, they were still training partners at Atos. Keenan has since left Atos and opened his own academy 'Legion BJJ'.

If you've ever seen a Danaher Death Squad in a grappling match you might notice they like to favor this takedown. However plenty of rulesets including judo and ibjjf ban the takedown due to ability to produce catastro...

Roger Gracie submitted the best of the best in No Gi....

Do You Get Nervous Rolling with Higher Belts in BJJ ?

Have you ever been nervous about rolling with a higher belt than you in BJJ? This is the problem one of the White Belt viewers said she is having when she trains. When she does Brazilian Jiu-jitsu she struggles...