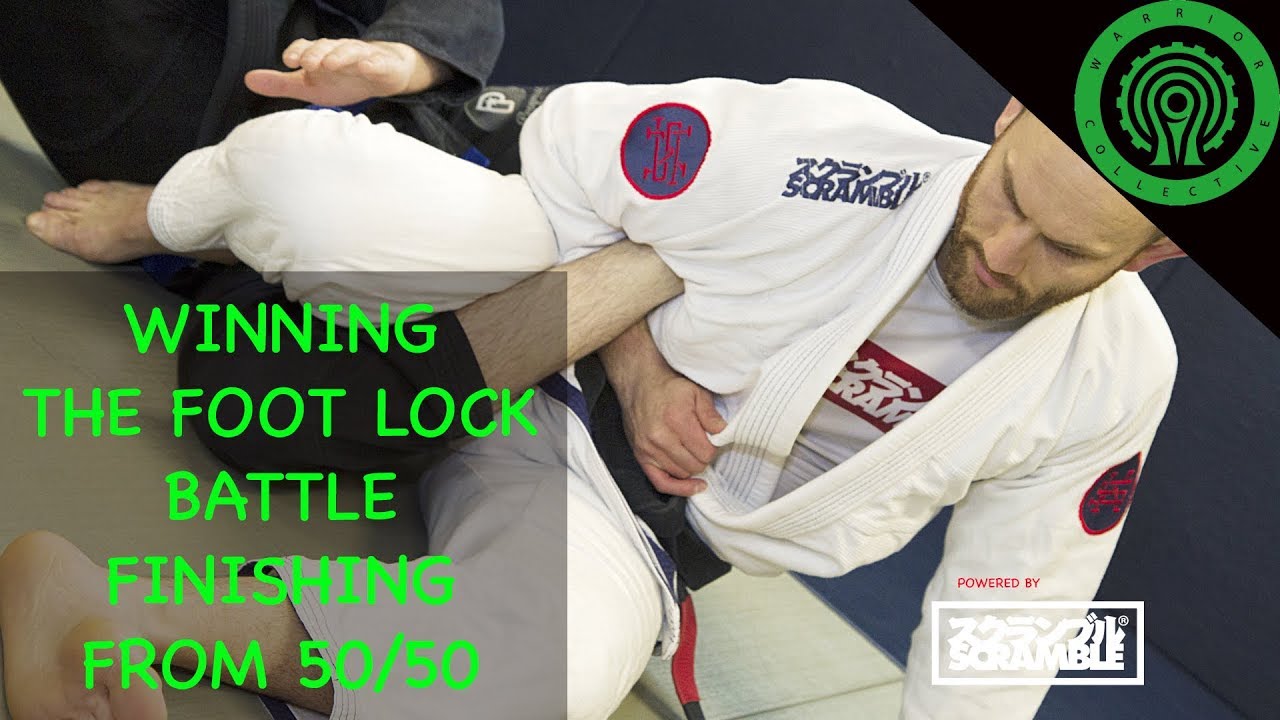 Lloyd Cooper, Top UK BJJ Black Belt, Scramble sponsored athlete, highly regarded Gi/No Gi grappler and head coach of Combat Base Goole is here filmed by the Warrior Collective giving a tutorial on one of his favourite ways to counter his opponents attempt at defending the foot lock in BJJ or any other grappling based system by hitting a high percentage alternative from the 50/50 guard.