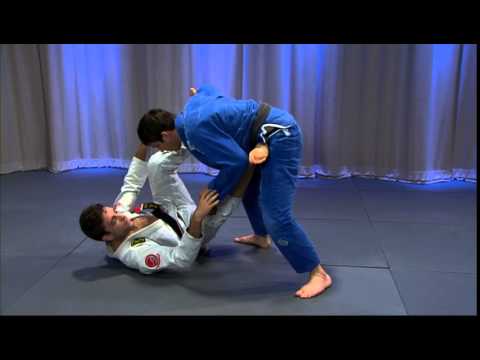 Ryan Hall’s Defensive Guard concept is unlike anything you have seen before,because it views the guard as a position with multiple defensive walls, with each wall having its own set of tactics for defending and counter fighting.

Using this strategy, Ryan teaches that the sum of multiple guard walls is far greater then the whole and if an opponent is able to defeat one wall, you simply fall back to the next defensive wall and effectively continue the battle.

Additionally Ryan teaches within each individual guard wall position, how to move, unbalance and attack your opponent with sweeps, turnovers and submissions.

This video demonstrates how to do the Cartwheel Pass in BJJ or Jiu Jitsu. Build Your Passing System From The Ground Up. IBJJF World Champion Andressa Cintra Teaches Her System For Passing Through Brazilian Jiu-Jit...

This video explains the x guard pass defense to matrix back take bjj technique. Tommy Langaker and Espen Mathiesen are two highly regarded Norwegian black belts. This is an excerpt from their new series VIKING GUAR...