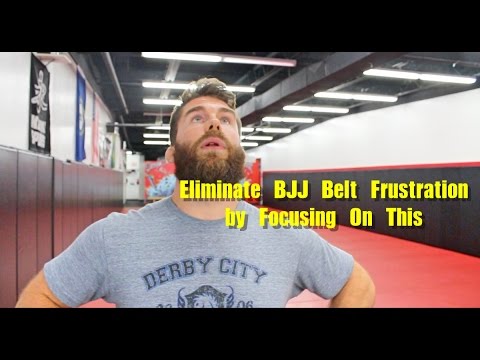 How to Get To Next Belt Level – Nick Albin

s there a secret to getting belt in BJJ?

Andrew Andrew sent in a question asking about tips on getting his Purple belt in BJJ.

As I share in the video. I don’t think there is any secret to getting a Belt in Brazilian Jiu-jitsu. It requires hard work, dedication and time on the mat.

But I do believe there is a mindset that will serve people better than being so focused and attached to getting belts in BJJ. I think it’s better to be less focused on goals in BJJ.

When I first started training BJJ I didn’t even think that I would ever be a black belt, or even a purple belt for that matter.

Because of that I never got attached to the idea of belts. And as I learned from wrestling. No matter how many titles or tournaments I won. I would always want more.

So while training in BJJ, I just focused on training and enjoying the ride and falling in love with the process of training. Rather than the end result.

And that is what I believe is what people need to do. Focus on the process and fall in love with the process. Let the big goals be the guiding light in the back of your mind that will guide. Let it be the light at the end of the tunnel. But understand that at the end of the tunnel. Remember that there will always be more road ahead. It never ends. It has twists, turns, ups, downs. Mile markers to let you know how far you’ve been. Pitstops along the way. But it never ends.

So if you’re getting frustrated in Brazilian Jiujitsu because you’re chasing your next belt, or any goal for that matter.