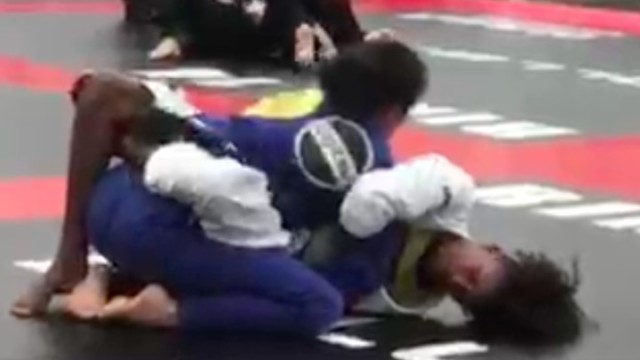 14-year-old Sydney James was competing at a recent NAGA competition and found herself facing an adult BJJ black belt. Sydney did the unbelievable, she was able to defeat the much more experienced BJJ black belt.

(14 Year Old Team Lloyd Irvin Green Belt Defeats BJJ Black Belt) – TLI green belt Sydney James found herself with a black belt in her division this weekend. As a yellow & orange belt, she was beating adult blue belts in naga. She was forced to bump up per naga rules.
She was excited to compete against the purple belts. But then discovered there was a legit black belt in her division and at the tender age of 14 she would have her first battle with a black belt in competition.
We asked Master Donnie about it and he had this to say “If Sydney gets to her position she can beat anyone, I don’t care who it is”.
TLI has an entire army of young BJJ killers that will be making a name for themselves in the adult divisions very soon.
Keep your eye open for Sydney James aka The Amazing Spider Girl!

Check out the video: