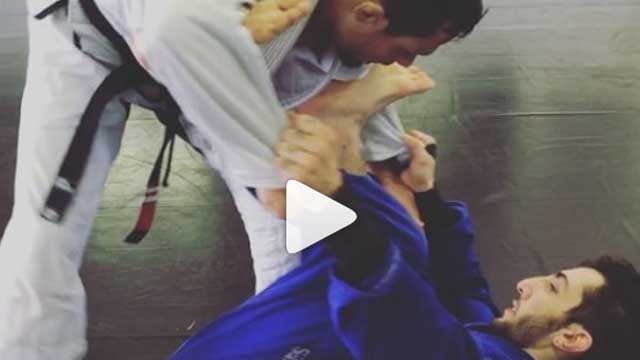 Xpass against spider guard with Belly strike to stabilization