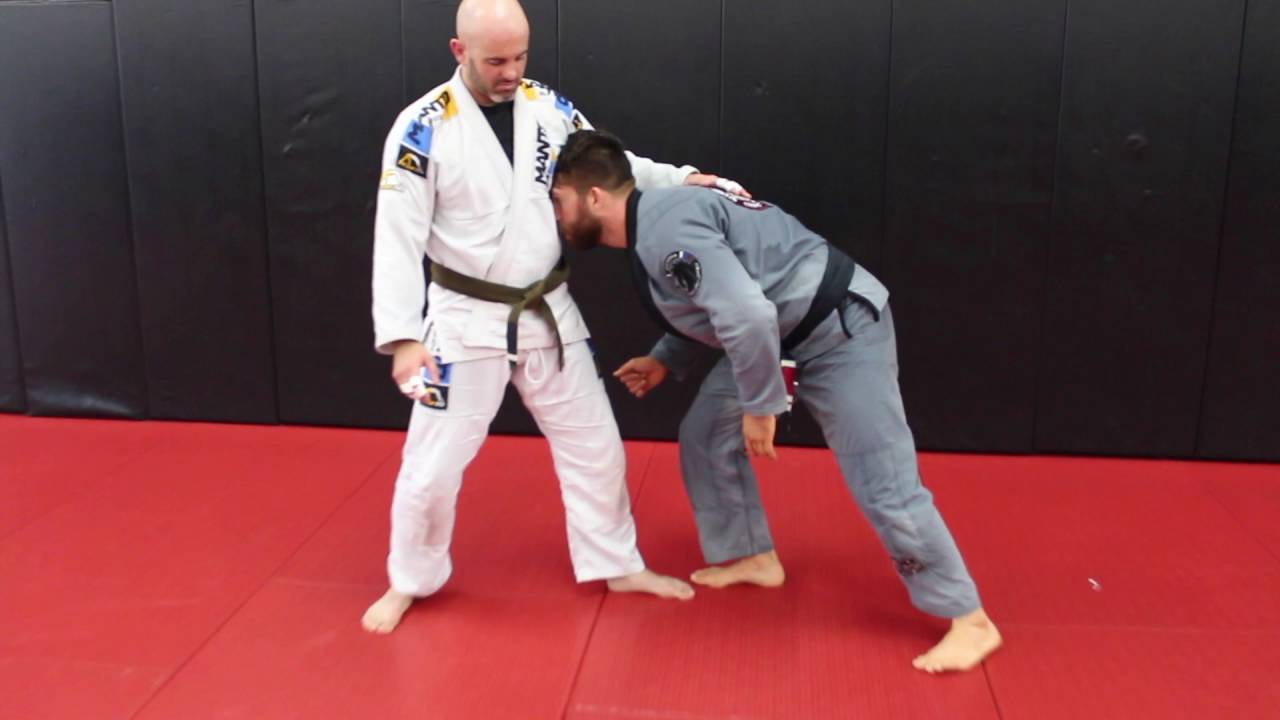 In this particular video I show how to do a simple single leg takedown setup when you have someone walking into you with their arms stretched out like Frankenstein.

In the gi this happens often. Two people walk in, lock up with the sleeve and collar and push and shove each other around a bit. Then they break grips and do it all over again.

This is where this takedown comes in. Start by reading your opponent and which foot they’re placing forward and post off the opposite side shoulder when they come in to grip up.

While pushing them back and causing their weight to rock to their back foot come in and grab the single leg.

This is a great single leg takedown setup in gi or no gi Brazilian Jiu Jitsu. Nothing about the technique is gi specific.

This is also good for you guys with less than stellar knees. Because you’re not dropping down low and jamming your knees on the ground. It’s a little easier on the knee.

Lastly this takedown is really forgiving when you try it. If you’re in the middle of BJJ training and go for this single leg takedown. Even if you fail it’s unlikely you’re opponent will be able to snap you down to the ground. Typically the worst thing that happens is that they step out of the way.