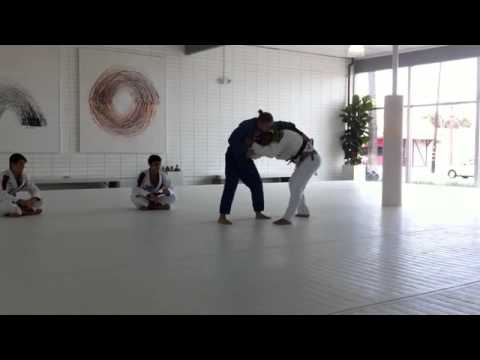 Women’s UFC champion shows off her impressive black belt Judo skills against former lightweight UFC champion, and Brazilian Jiu jitsu black belt, BJ Penn at AOJ in California. BJJ champions Guilherme and Rafael Mendes watch from the sidelines of their Cosa Mesa academy as the two fighters battle on the matts for a documentary for Roots Of Fight.