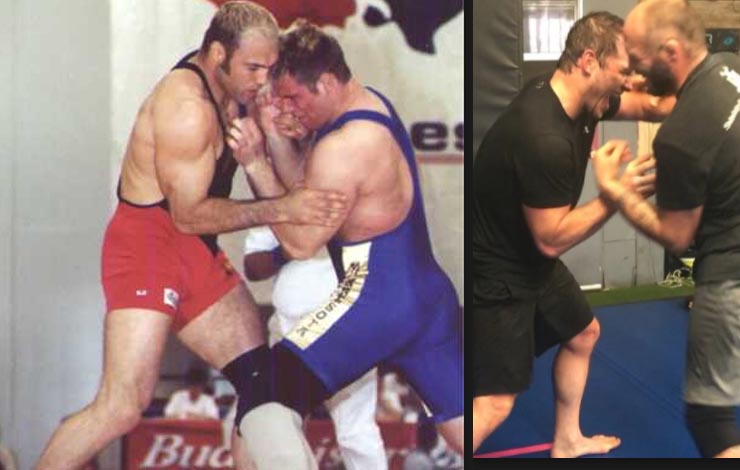 In this breakdown, bjj black belt Sonny Brown looks at the MMA cage techniques and cage takedowns of Randy Couture. Randy Couture highlights how an accomplished folkstyle and Greco Roman wrestler can transfer those skillsets into mixed martial arts and be successful. His Greco Roman skills had him utilise a high double underhook against the cage where he could work an inside trip, but we also look at various other takedowns from the body lock position and how he would drop his level for a high crotch single leg or what I call the bump and dump takedown.