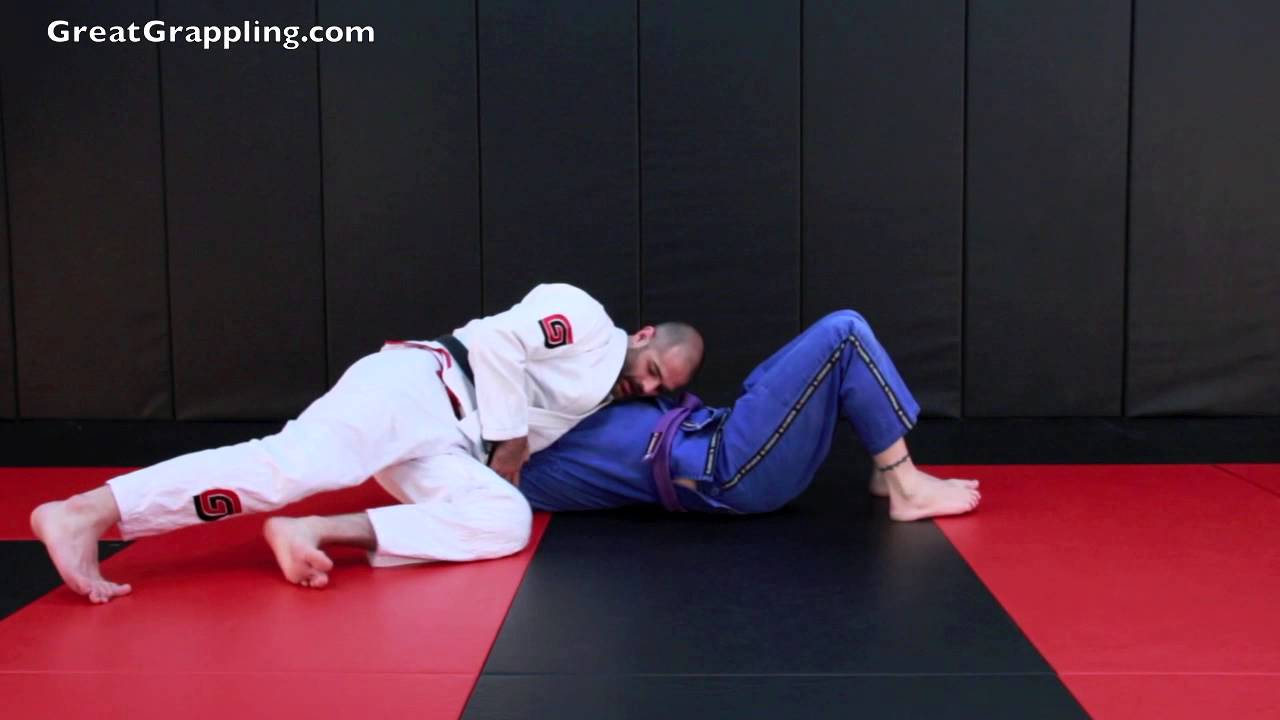 This is another video in the North/South Choke series. I have a lot of students ask me how to deal with the arm that is in. In this video I address that situation. Having your opponent’s arm caught is not necessarily a bad thing. Check back next week to see what happens when your opponent doesn’t commit to the arm in or out.

The first thing that we need to focus on is a deep Reverse Sit or Reverse Kesa. This is going to take a lot of practice for you to do without feeling like you’re going to get reversed. Make sure to watch the video and look specifically at my chest placement and body angle. When you do this correctly it is VERY important for you to dig your finger tips into the floor on the head lasso or you may get reversed or submitted.

The idea is to get your hips far enough forward so that your hips clear their elbow but not so far forward that it is difficult to lasso the head (all while maintaining base). This can be tricky if your opponent is significantly smaller than you (because the space between his/her elbow is tiny compared to your larger hips) or if you are significantly smaller than your opponent.

In the event that you are significantly smaller than your opponent it is ok to start scooping the arm before you lasso the head, but again, this will take some practice.

After you have lassoed the head and started moving your hips back make sure to manage that space between your butt and the floor. This will be a point where your opponent tries to scoot their arm out when you build pressure on the shoulder.

As you move your hips back your opponent may feel pressure on the shoulder before the choke comes on. During practice it’s important that you tap to this pressure rather than risk hurting the shoulder. If you want to relieve this pressure allow your arm to drape across your face. Keep in mind, you’re basically putting yourself into an inverted arm triangle.

As the person putting this on, keep in mind this is your ultimate goal. Stay tight with your hips and rib cage on the outside of that arm and realize that your ultimate goal is to push his/her own shoulder into the other side of his/her neck.

For this particular variation I like to keep my ear tight to the rib cage as I’m scooting more north/south. This will help corral your opponent’s arm into the correct place. Like always reference the video to see my weight distribution.

Back Step to Triangle by Josh Cisneros

Cisneros is a Black Belt under Tom Knox and holds multiple World Titles as well as the F2W Pro 145 lb. No GI Belt! Get a fresh take on the omoplata from one of BJJ’s youngest and most successful competitors - fr...