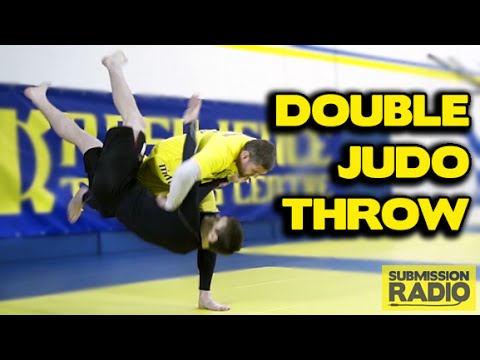 How to do an Uchi Mata into a Harai Goshi AKA Judo Throw Counter into another Judo Throw, for No Gi BJJ, Sambo, Judo and MMA – demonstrated by UFC Middleweight fighter and former 4-time Olympian Dan Kelly.

This is a common throw combination in Judo, and one of the 40 original throws in the discipline. The move can be seen performed regularly by UFC Female Bantamweight champion Ronda Rousey during her fights.