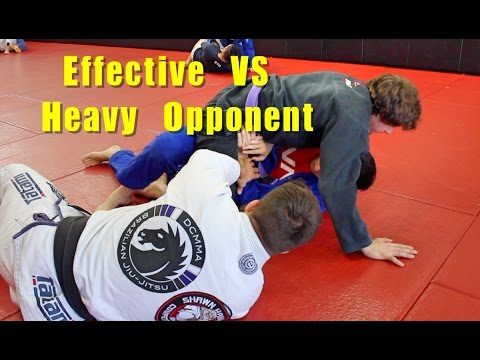 The Foot Slide Mount escape is one of my goto Mount Escapes when I’m up against people that I can’t seemed to move.

I originally learned this Mount Escape from one of my coaches who was 6’3 and only 150-160lbs.

He showed this Brazilian Jiu-jitsu for that very reason. Sometimes it’s hard to move big strong people. This was one of his best escapes from Mount against heavy people.

So the idea of the Foot Slide Mount Escape is to focus all of your attention on just snatching up the ankle and pulling it back into a Guard position.

Another benefit for me personally is that this BJJ technique will put you right into a Half Guard position. From there you can sweep like we did during this BJJ drill. Half Guard is one of my best positions in Brazilian Jiujitsu.

Since this BJJ escape and Half Guard sweep are really familiar with my students. My demonstration is pretty short.

Because of this, I’ve included some of the coaching that happened with my students were practicing the technique.

I hope that you guys enjoy the BJJ escape / BJJ sweep combo in this video.