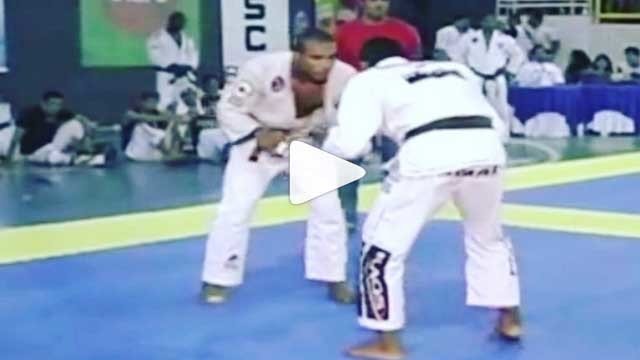 Jacare jumped on this opportunity to capitalize with the Ever painful, evil, wrist lockage