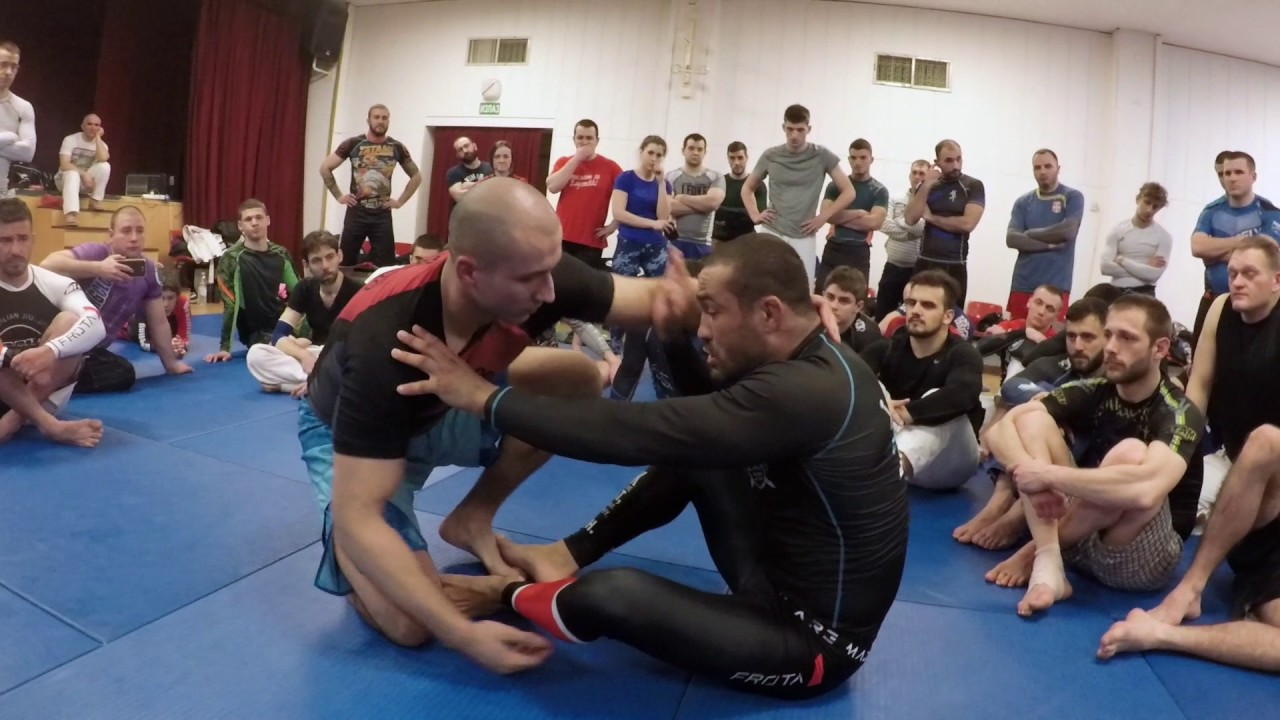 In 2011 Davi Ramos broke on the international scene with an amazing performance at the Grapplers Quest championship in Las Vegas where he won the absolute division and his weight class submiting 6 of his 7 opponents and some major stars such as ADCC champs Jeff Monson (armbar) & Joao Assis (toe hold).

In this video from the seminar, he showed the Serbian Grapplers how he baited Monson into giving him the arm and grabbing his neck, grabbed around the bicep, blocked the wrist with his head and spun for a very deep armbar: