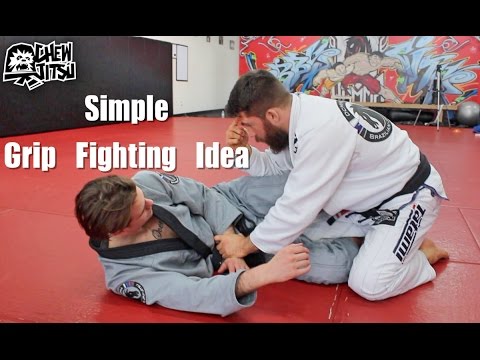 The Half Guard in BJJ can present a formidable platform to launch a Guard pass from. However, over the years with all the innovations in Brazilian Jiu-jitsu. The same position that also allows these Guard passes also provides a seasoned Half Guard player the option for sweeps and submissions.

As is the case in Brazilian Jiujitsu. Control of the grips and position are often what determine who’s in the drivers seat.

In this video I share a really simple grip I’ve been using the last year with a ton of success. It really allows you to be annoying to your opponent if they’re attempting to execute a Knee Shield Half Guard or Deep Half Guard position on you.

By dominating the grip we can prevent the person from digging around in our collar. And likewise it allows us to prevent someone from getting under us.

As I share in the video. I had a recent BJJ competition where my opponent was primarily a Deep Half Guard player. I knew this going into it.

And even though I enjoy the Half Guard position. I used this grip to steer away from the position to force him into other positions that I thought might suit my Brazilian Jiu-jitsu game better than his.

So if you’re looking for some different ways to mess around with the Knee Shield and Deep Half position. Give this simple grip a try.

It may not work for everyone. But it’s served me incredibly well this last year.

Hope the video is helpful!