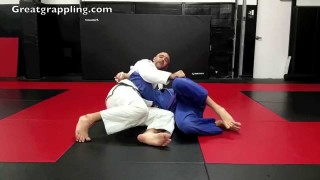 Escaping north south and choosing the correct escape based on arm position (Lachlan Giles) If you like chokes, you can turn your arms and legs into pythons and squeeze necks like never before! Here are some tricks ...